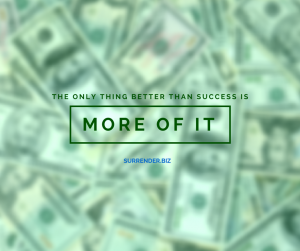 “The P&L is really not important here anymore.”

There, I said it.

Around the table were some confused and shocked faces.

The best businesses are doing well, but they know they can do better. Having a predictable financial statement and a budget they meet or beat every period indicates they are in that stage.  So they turn to improvements large and small that will make the greatest difference in their future.

The group I was with had learned to worship the Profit & Loss statement. When we started together, this particular landmark restaurant was in decline. What followed was a turnaround to record sales, profit, service and quality levels. Now that this restaurant was extremely successful, we had tremendous opportunities to make it better.  That’s where I like to be . . . making successful people more successful.

There were no reliable numbers to indicate what was going on when this team first came together. The P&L and the budget that was created became the most important thing – at the end of every accounting period we religiously huddled as soon as it came out and went thorough it line by line.

But lately the P&L has become simply a confirmation of what we know.  The restaurant is running great, and the variances between budget and forecast are small.  Out of all the reports their thorough accountant provides management each period, a couple of numbers are pulled out and delved into.  Regarding the rest, the team does high fives.

What leads to the P&L is more important than the P&L. This restaurant has initiatives in training and management development that are now more important than the P&L.  What I noticed is that management tended not to talk about them until the P&L came out and everyone got together for the statement review. That’s when I announced that the P&L had ceased to be the center of the universe.

What are you working on that is more important than your P&L?