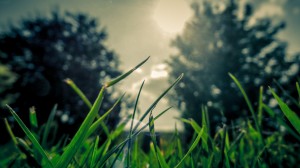 It is the impetus of capitalism. So how do you know you are growing at the right pace?

Every restaurant company we work with has a growth plan and a growth strategy. There is no one out there standing still that we know of. That is a function of the mind of the entrepreneur and the fact that economic indicators are positive and there is plenty of opportunity out there.

I know one company that has committed to so many new sites that they plan to use cash flow to supplement the capital they have raised for expansion. They think they can wait to spend the money to handle major operational issues until after the new units are open and profitable. Their people are working hard to keep up with the pace, but many feel they could be doing it better if they were growing more carefully. Whether you call it under-capitalized or short sighted, this is a recipe for disaster. The best business, when faced with this scenario, would simply slow down expansion commitments and reinvest in their existing organization.

Conversely I know of a restaurant group that has been talking about its next location for years, but they have not moved forward to signing a lease. Although they announced a growth goal to their management, they have not achieved it. Their people are beginning to wonder if they are working in the right company. Great improvements have been made to prepare for growth: in management, finance and systems during this time. But they are stuck while competitors are expanding, taking good locations and growing market share.

Whether your organization more closely resembles the first story or the second, you probably appreciate that there is a fine art of growing at optimal speed. The best companies build infrastructure and capability, and then set aggressive but realistic expansion goals – the kind that create excitement! They stretch the system just enough to test it, but they don’t stretch resources. They stay flexible.

Which one of these companies is yours closest to resembling?

What adjustments will you make to strike a balance?

Want to grow your restaurant company past 3 units?

Enter your email address below to get our newsletter and the free guide to pushing through expansion barriers and mastering unit growth.