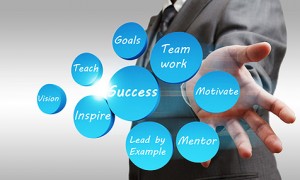 The most important position in any restaurant company is the General Manager. Properly educated and deployed, the GM can become a point of strength that allows restaurant companies to reduce the corporate overhead historically associated with supervising GMs — as well as improve results.

How? When GMs are educated on developing systems, processes, and procedures, those can be initiated and piloted at the unit level before being exported companywide — replacing the need for headquarters to figure it all out.

This is true for both an independent facing high costs of expansion as well as a chain that has responded to challenging economic times by increasing the number of units given to each area or district manager.

In 2003 our client i Fratelli Pizza — based in Irving, Texas — operated four units and wanted to grow. Today the group is at 11 units and has begun a franchising program. One of the keys to this progress was educating GMs and holding them accountable for tracking costs, revenue, and customer satisfaction in new and creative ways.

GMs began meeting with ownership once a month in a “leaders meeting” where they did most of the talking, recapped results through data and anecdote, and competed to take possession of the equivalent of a heavyweight championship belt between the time they were designated best store and the next meeting.

“We realized that ownership could only do so much and we thought that was a barrier to growth and progress,” says George Cole, a former Texas Restaurant Association President, who co-owns i Fratelli with his three brothers.

“By raising up the level of the General Manager and relying on them to contribute more, we removed many of those barriers.”

To address this, the OPH-DFW harnessed the power of their General Managers — assigning them to task forces with topics including lead chef development, cost management, and management routines. GMs did the heavy lifting of the policy development and implementation that had been the responsibility of the VP in the past. The role of the VP of Operations in these programs became one of simply putting the final touches on programs and approving them before they rolled out.

“This improvement is consistent with our associate-first culture,” says OPH-DFW President and CEO Mark Davis Bailey, who is also the current President of the Greater Dallas Restaurant Association.

“It is consistent with our core values to develop the people who operate our restaurants and allow them to gain confidence and experience by formulating policy and programs. That is a superior strategy to adding corporate overhead as we grow.”

For some, this may be new thinking that makes them feel uncertain. They may see it as giving up too much control. But, under this system, senior management maintains control.

When placed in a system that supports their growth, most smart people can accomplish more than they believe they can. Smart operators use all the power and productivity available in pursuit of their goals.